The verdict represents the largest defamation verdict in Ohio history. The case and record-setting verdict have been featured in The Washington Post (June 19, 2019, George Will), The New York Times (June 29, 2019, Nicholas Kristof), The Wall Street Journal (June 11, 2019, William Jacobson), The Pittsburgh Post-Gazette, Fox News, and countless other media outlets. Ted Koppel’s CBS Sunday Morning feature story on the case, What Price?, has been nominated for an Emmy® Award by the National Academy of Television Arts & Sciences.

Gibson’s Bakery is a small business in Oberlin, Ohio that the Gibson family has owned and operated since 1885. Like most small businesses, the Gibsons have worked incredibly hard over the years to make an honest living.  Just as important to the Gibsons, they took great pride in the hard-earned reputation they had built in the community for over a century. But this was all ripped away from them by the hands of a powerful, billion-dollar institution.

In November 2016, three Oberlin College students were arrested for shoplifting at Gibson’s Bakery. The students would admit guilt and further publicly admit that their arrests were not the result of racial profiling. Nonetheless, the jury heard evidence that Oberlin College and key officials including its Vice President & Dean of Students, began defaming and bullying the Gibsons by—among many other things—publishing outlandish statements that David Gibson and Grandpa Gibson assaulted the students and had a history of racial profiling and discrimination.

The jury heard evidence that college officials distributed flyers containing the horrendous false statements and, on a bullhorn, encouraged students to make additional copies of the flyers in the College’s Administration Offices. David Gibson—knowing that this defamation campaign would destroy their reputations and everything they had worked so hard to build—pleaded with the College to issue a retraction.

When the College refused, the Gibsons reached out to their long-time friend and counsel, KWGD attorney Terry Moore.  The Gibsons were aware that Terry Moore had a proven track record of working closely with clients—both businesses and individuals—to achieve success in complex business litigation. For example, Terry Moore and Jackie Caldwell were responsible for obtaining a $24.2 million jury verdict in complex business litigation in Oklahoma federal court in 2010 on behalf of a family business.

KWGD was aware that Oberlin College hired two large Cleveland area firms (which was a prelude to the current situation where 10 law firms are working in support of the College’s efforts on appeal). KWGD brought in the law firm of Tzangas, Plakas, Mannos, Ltd., and local counsel James Taylor, to assist in the prosecution of Gibson’s claims against Oberlin College. The Gibson team took part in nearly 70 depositions, reviewed over 270,000 pages of discovery documents/data, and filed dozens of motions and briefs.

At trial, it was absolutely clear to the jury (as reflected by the verdict) that there was not a shred of truth in the vicious statements about the Gibsons and that the College caused the devastating harm. The truth prevailed.

Shortly after the College filed its appeal, and after a year-long battle with pancreatic cancer, David Gibson passed away. To the end, David remained steadfastly committed to standing up for the truth.  KWGD is proud to represent families and businesses like the Gibsons.

KWGD attorneys also handled many motions and arguments both pre-trial and post-trial.

Terry Moore and other business attorneys at KWGD have developed a large corporate and business practice. Their experience in the representation of businesses provides them with unique insights and understandings in the corporate board room, providing the ability to fully enforce KWGD’s clients’ rights in the courtroom. This has resulted in KWGD being the only firm in the State of Ohio to have two jury awards that would qualify as a Top 100 Verdict in the country in the past ten years. KWGD uses this studied approach for their preparation, combined with an aggressive posture in the courtroom. Too many litigators settle cases without fully enforcing and recovering their business clients’ true value.

Click through the photo gallery of trial highlights below: 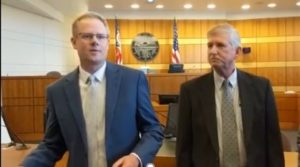 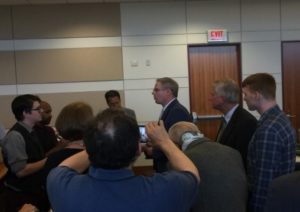 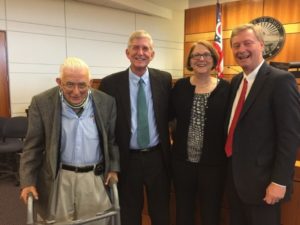 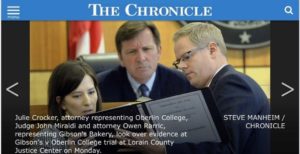 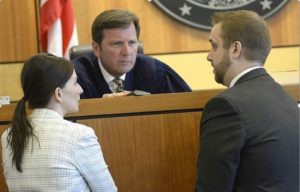 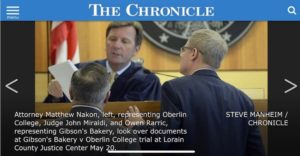 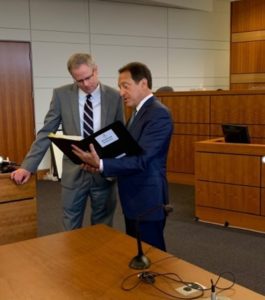 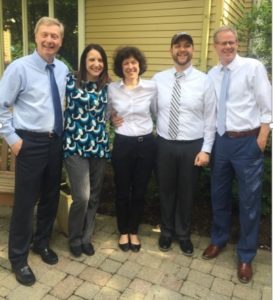